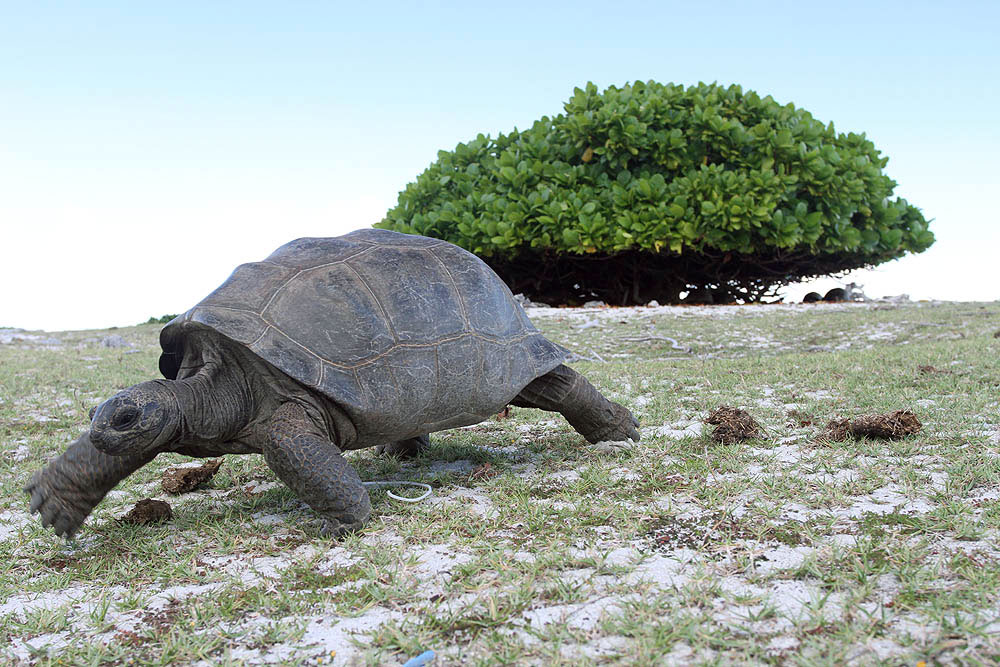 With a land area of 155.4 km2, Aldabra Atoll (9.24S, 46.22E) is among the largest raised limestone atolls in the world, but is an average of only 6–8 metres above sea level. Aldabra is managed as a UNESCO World Heritage Site by the Seychelles Islands Foundation (SIF), and its only human population is a permanently staffed research station. The climate is subtropical with distinct dry and wet seasons. The vegetation is covered with a mosaic of open grassland, low-canopy mixed scrub, and dense Pemphis scrub. Mangrove forests fringe the large central lagoon. Aldabra is home to well over 100,000 giant tortoises, making it the world’s last ecosystem where the dominant vertebrate is a reptile. These animals exert a massive pressure on the vegetation, and the structure of several of the plant communities is thought to be determined by this. Aldabra is also home to one of the largest nesting green turtle populations in the Indian Ocean, and huge colonies of frigatebirds and boobies. The atoll has a relatively pristine marine ecosystem, including coral reefs and seagrass beds, and is therefore an important regional and international benchmark site for areas with minimal direct anthropogenic influence.