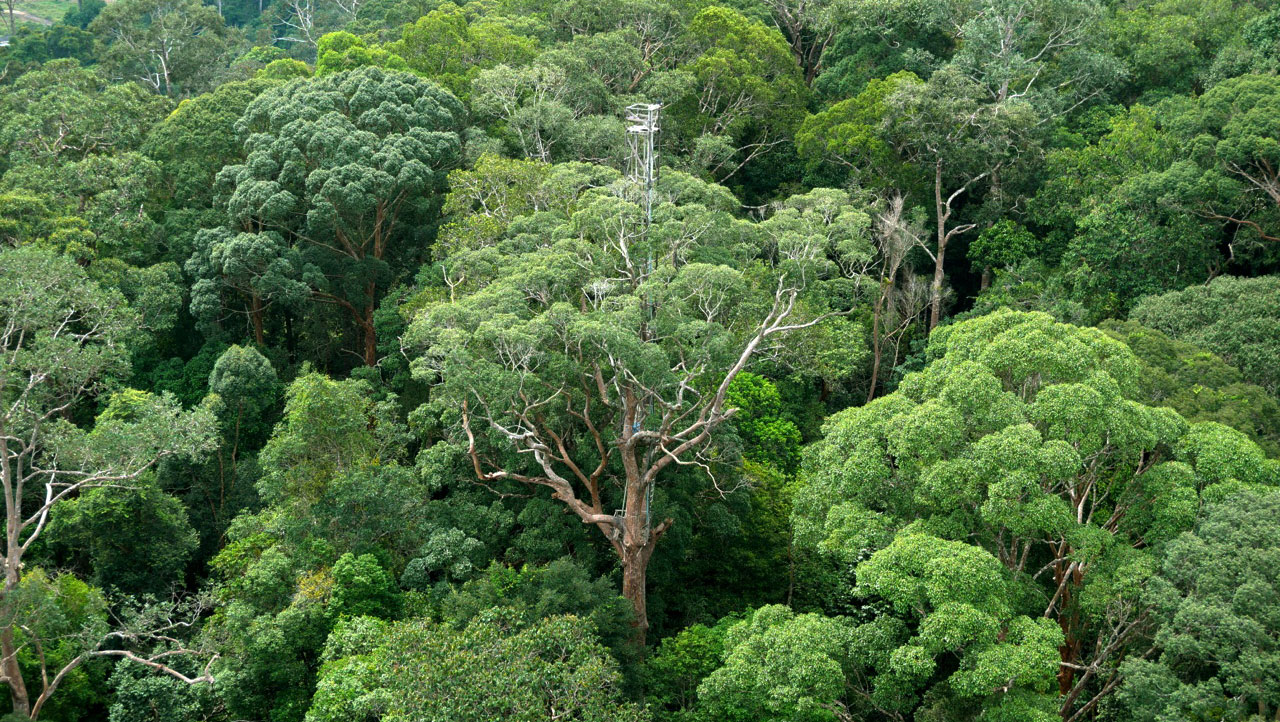 The Borneo site (5.09N, 117.64E) is a collective term for three locations in Southeast Asian tropical rainforest in Malaysia: 1) The Forest research Institute Malaysia (FRIM) and Pasoh on the Malaysian Peninsula; 2) Lambir (Lambir Hills National Park) in the Malaysian state of Sarawak on Borneo; and 3) Danum (Sabah Biodiversity Experiment and Danum Valley) in the Danum Valley and Malua Forest Reserve in the Malaysian state of Sabah in Borneo. The Sabah Biodiversity Experiment is named after the Malaysian state that forms the northeastern tip of the island of Borneo. The region has no clear seasonality with an annual rainfall greater than 3000 mm. A suitable experimental location was identified in the southern part of the Malua Forest Reserve representing a 35’000 ha area of selectively logged production forest. The Sabah Biodiversity Experiment Malua field camp is a satellite of the larger Danum Valley Field Centre that lies to the south (22.6 km air distance). The Malua Forest Reserve is part of a concession of 1 million ha that belongs to the publicly owned Yayasan Sabah (Sabah Foundation), whose purpose is to increase the welfare of the local people of Sabah by exploiting common natural resources, primarily timber (Hector et al., 2011b).